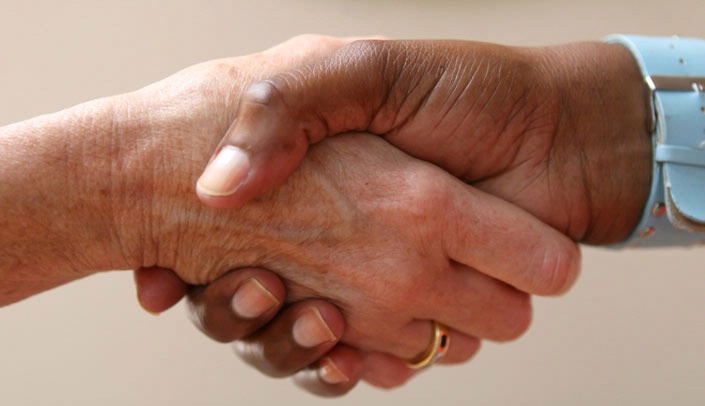 For the past two weeks we spoke about the Climate Change talks in Paris and why they are important, as well as reasons for hope.

As we find ways to make changes in our own lives to be part of the solution, I think it’s important to remember that as a healthcare institution, our mission galvanizes us to “create a healthy future for all individuals and communities”.  Ameliorating the effects of global warming protects and improves health.

The Lancet calls climate change “the biggest global health threat of the 21st century” as asthma will increase, asthma attacks will be more severe, we will have more heat related maladies, more allergens, and increased water and vector-borne diseases.  And it’s expensive: from 2002 to 2009 healthcare costs exceeded $14 Billion, and that’s just from 6 major events.

Now there’s a new reason to be hopeful: the Climate Change talks yielded an agreement.

No, it’s not perfect, I don’t think anybody will tell you that.  It is impressive that 195 different countries were able to come together and create a plan that they all agreed to in two weeks!  Before going into the talks the United Nations secretary general, Ban Ki-moon, said there was “no Plan B” and he’s right, we are at a tipping point and action needs to be taken.

Action is needed and this plan should put that into effect.  When exactly a tipping point will take place is hard to predict as it’s determined by things that haven’t happened yet.  This means several models have to be run to come up with these scenarios.  Unfortunately virtually all predictions feel this deal, should it be fully enacted, will still not keep us under the 2 degree mark that scientists have called for.

It’s important to note that, once signed, it’s legally binding, but it’s not a treaty.  This means getting money for change will still require legislative action.  While there’s worry that this can hamper our economy by forcing businesses to make changes, many predict that it will help businesses by decreasing costs in the long run, increasing efficiency, and expanding markets.

Category: Actions You Can Take, At Home, Energy, Materials, On Campus, Transportation