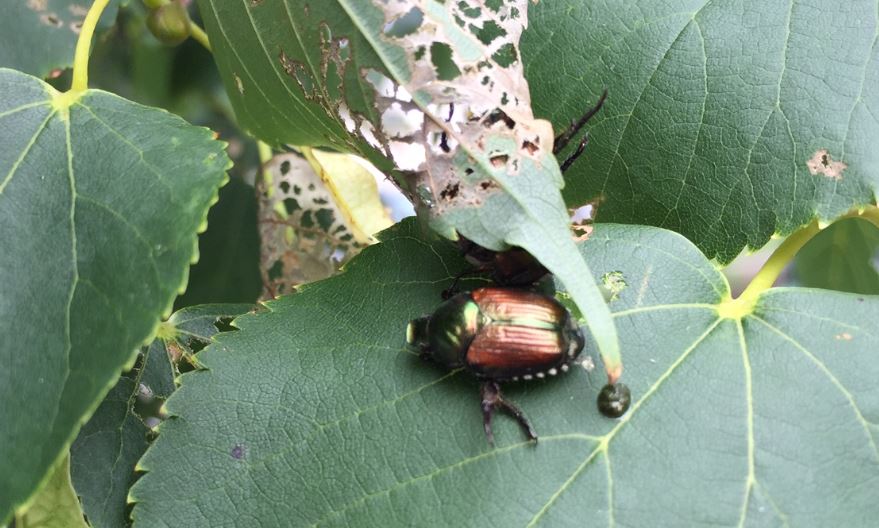 If you’ve spent any time outside in the past couple of weeks, you’ve likely seen numerous beetles flying about; they have metallic green bodies, coppery wings, and little white tufts of hair on the side.  They are Japanese beetles, and they are a force to be reckoned with.

They have been in the U.S. for almost 100 years, but are just now making their way to the Midwest, as winters haven’t been cold enough to control the larvae/grubs, which 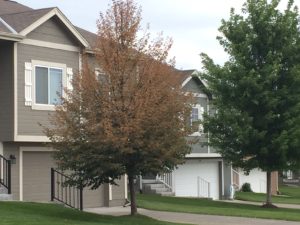 will damage lawns as they eat the roots.  They become adults in June and July and start eating—more than 300 species of plants.  You’ve probably noticed the damage on Linden trees—they start at the top and turn the leaves into brown lace.  Unlike many insects, they lay eggs in lawns daily for over a month, creating more larvae to eat the roots and more beetles to feast upon plants next year.

Your first instinct is probably to break out the pesticide but hold that thought. The only pesticides that work require special handling, cause damage to humans and the environment when improperly used, and also kill beneficial insects (including pollinators), and are unsafe for edible plants, pets, wildlife, and waterways.

So what can you do?

Get rid of the adults.

Control the grubs without hurting the beneficial insects you are working to attract: