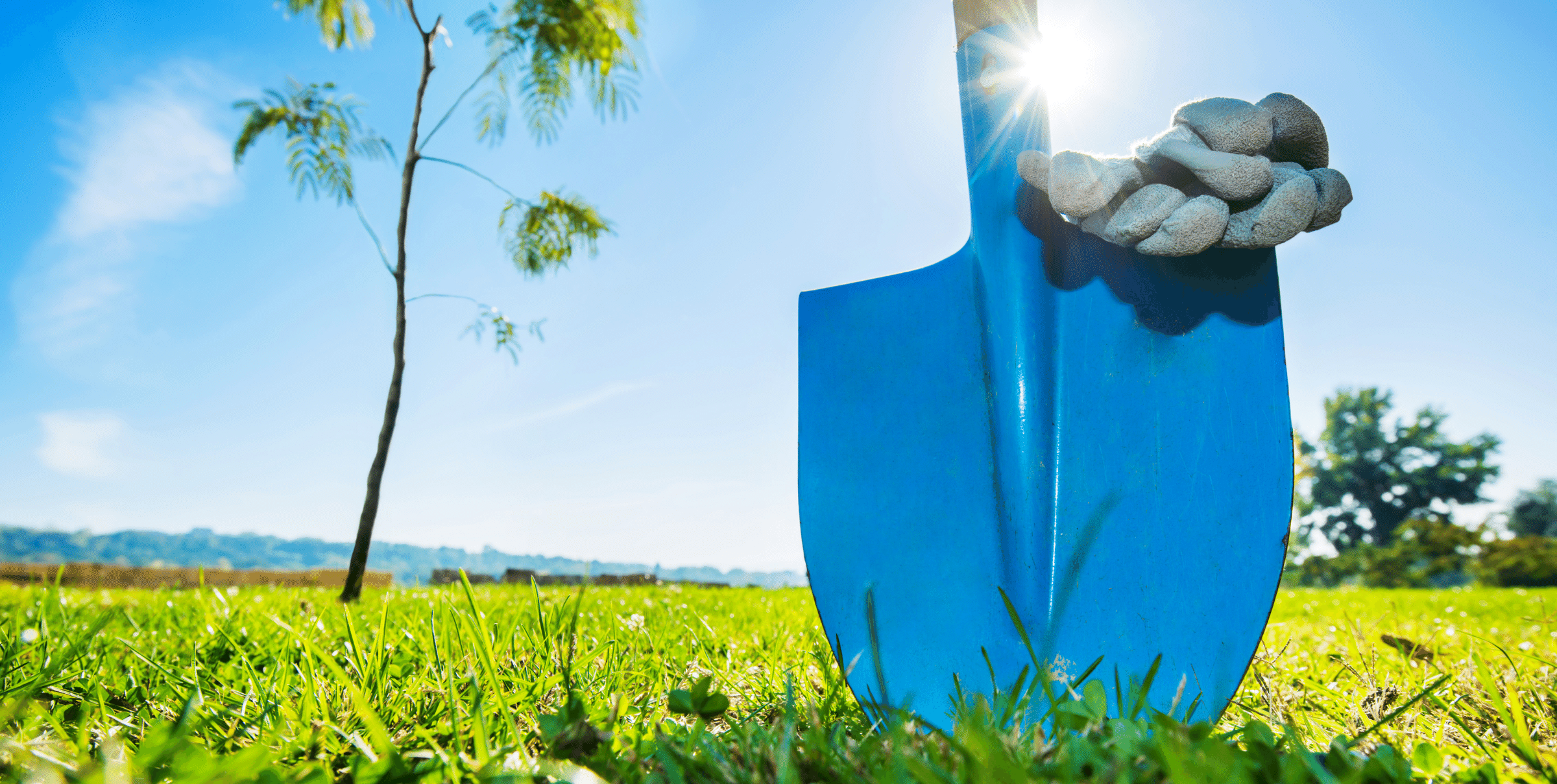 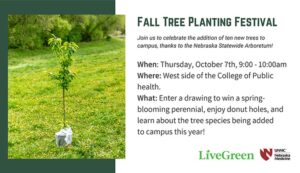 For the third year in a row, the med center has received the “Free Trees for Fall Planting” grant, a collaborative effort of the Nebraska Forest Service (NFS) and Nebraska Statewide Arboretum (NSA).

Fall is the best time to plant trees, because the warm soil helps new root formation and the air temperatures encourage trees to produce shoots. The new trees will be planted on Thursday, Oct. 7 from 9-10 a.m. on the west side of the UNMC College of Public Health as part of Campus Sustainability Month. Attendees at the planting can enter a drawing to win a spring-blooming perennial, enjoy donut holes and learn about the tree species being added to campus this year.

Some of the new trees will replace trees that fell due to storms this past spring and summer. Trees will be planted near Clarkson College, the Maurer Center for Public Health and the Field Club Trail – all highly populated areas. Adding trees in these locations will create more shade and add to the general tree canopy system, which helps cool down highly populated areas. Having more trees at the med center also benefits the environment, with effects that include:

Plus, having more natural areas on campus helps with human health and healing. In 2020, Yale Environment posted a study that observed the effects of spending two hours a week in green spaces (parks or natural environments) on human well-being. The study showed that people who spent more time in green spaces reported having better health and psychological well-being when compared to those who didn’t. Nature can relieve stress by lowering blood pressure and stress hormone levels, reducing nervous system arousal, aiding the immune system and improving mood. Find more information on the positive effects trees have on health, especially in urban areas, here.

Category: Actions You Can Take, New Post, On Campus

One Comment on “Med center to plant new trees on campus”