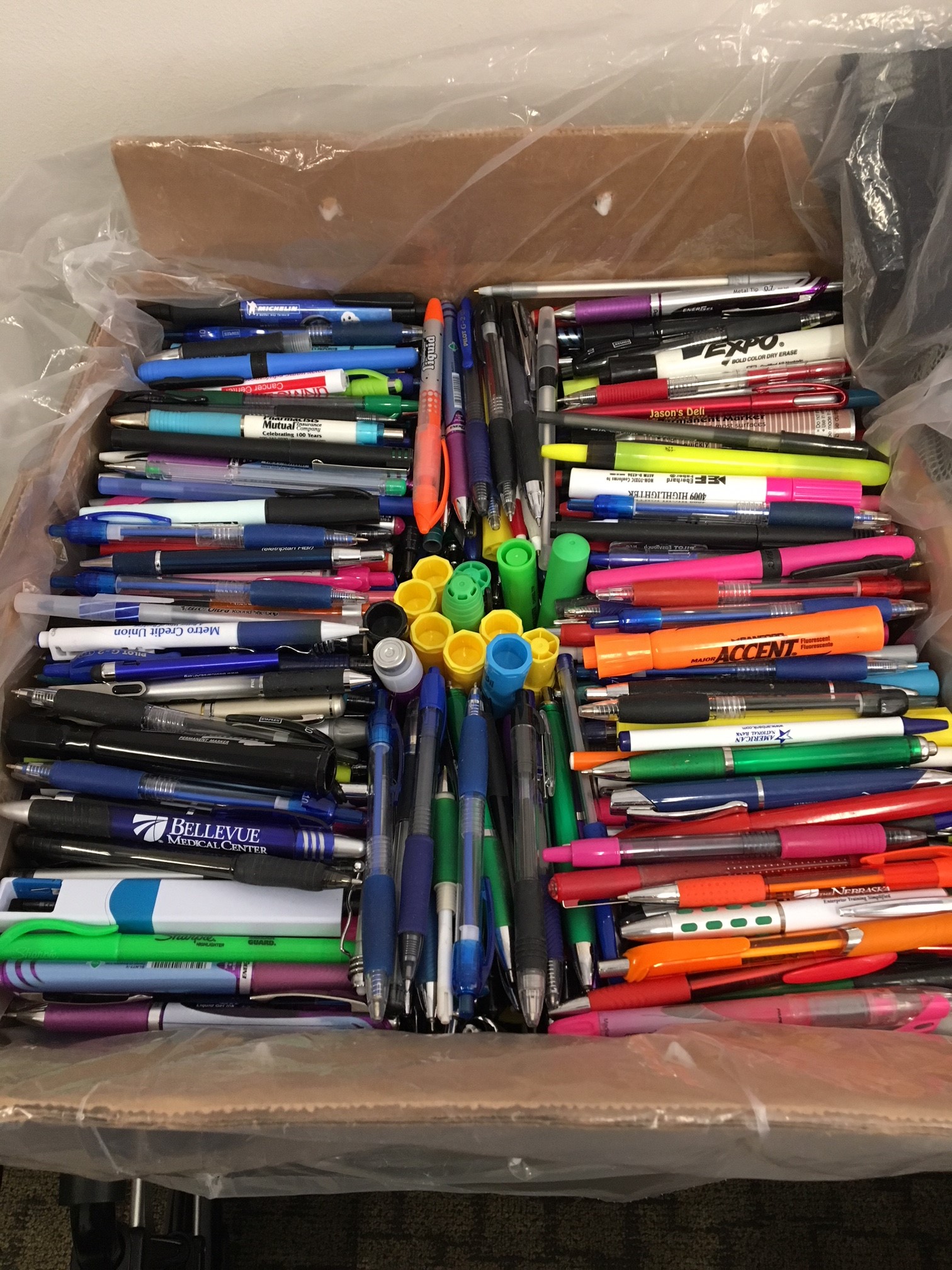 When your pen writes its last word or your highlighter goes dark, it’s easy to just toss it in the trash can.  It’s so small and weighs next to nothing, so it doesn’t count for anything, right?

By itself, it may not seem like much but when approximately 20,000 employees and students at all of our locations use some kind of writing utensil on a daily basis they start to add up.  I am happy to prove this to you.

Instead of mailing in full boxes on their own, areas/departments that collect writing utensils now send them to the Office of Sustainability where they are packaged into specific box with a prepaid shipping label.  We have to purchase this box as a way to offset recycling costs.  To save money on boxes as well as use fewer resources in shipping we wanted to make sure we fit every pen into this box that we could.  Rather than dumping pens in, creating a “pick-up-sticks” situation with lots of dead space we (and by “we” I mostly mean LiveGreen Ambassador Theresa Pikschus) devised a way to line them up. 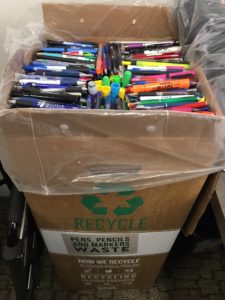 Last week we filled our first box of writing utensils to send in.  We didn’t count the entire box, that’s too crazy even for me, but a quick calculation estimates that there were at least 6,000 pens in the box with a total weight of 102lbs.  That’s a lot of pens that aren’t becoming litter or sitting in the landfill.  If you need a visual, that’s a box that’s 15 inches square and 3 feet tall.

If you’ve been throwing your writing utensils away, don’t fret, you can start participating now.  Check out our webpage for all the details you need to know.

As always, reduction and reuse are still best…and generally cheaper.  Only buy writing utensils that people will actually use and in a quantity that will be used before they dry out.  Consider pens that takes refills and mechanical pencils that just need lead instead of single-use versions.

Don’t ever feel like small actions taken by an individual don’t matter.  Yes, big savings can be more flashy, but individuals making choices to make their lives and this planet better can really add up.  Whether it’s a pen being recycled, the decision to stop sucking, or refilling a cup instead of buying a plastic bottle, it all helps.