Takeaways from the report on climate change 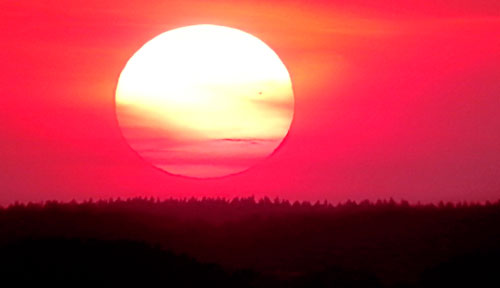 On Aug. 9, the Intergovernmental Panel on Climate Change (IPCC) released the Sixth Assessment Report on Climate Change — a “code red for humanity,” according to United Nations Secretary-General António Guterres. Below are some key takeaways.

Earth is on track to cross the critical 1.5°C threshold within 20 years

Earth’s climate is warming faster than scientists previously thought, and even if nations sharply cut greenhouse gas emissions, total global warming will reach 1.5°C within the next 20 years. The 1.5°C increase is the critical threshold defined in the Paris Agreement to prevent the worst effects from climate change. If this 1.5°C increase occurs, we can expect to see an increase in climate impacts such as sea level rise, declining biodiversity, fishery and crop decline and rising poverty, as well as many other health-related impacts.

Warming is “unequivocally” due to human activity

“It is unequivocal that human influence has warmed the atmosphere, ocean and land,” causing widespread and rapid changes, the report said.

We can still prevent the most dire climate hazards

We must take drastic action now in order to stave off the most dire climate outcomes. Doing so will require a coordinated effort among nations to rapidly shift away from fossil fuels and eliminate greenhouse gas emissions.

How is health related to climate change?

Health organizations like the medical center play a key role in providing the quality care and support needed for the communities to face the effects of climate change.

How the medical center is doing its part

The UN report emphasizes the importance of large organizations achieving their sustainability goals. The med center is striving to be carbon neutral by 2030, alongside a number of other goals. Visit the med center’s dashboard to find out more.