Hot water vs. steam for heating 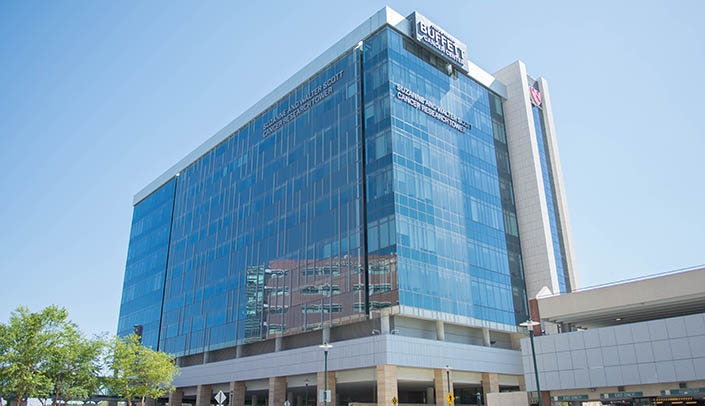 For the past few years, newer buildings at the med center, such as the Lauritzen Outpatient Center, Davis Global Center, Fred & Pamela Buffett Cancer Center, the UNMC Center for Drug Discovery and Lozier Center for Pharmacy Sciences and Education and more, have begun using hot water to heat their buildings instead of steam.

Steam and hot water are both the most common types of boiler heating systems. Steam boilers are known to be more traditional. They use energy to heat water to a boiling point, and the steam then travels through networks of pipes to different radiators to heat the building. A hot water boiler goes through the same process as steam but instead stops heating once the water is at a hot-enough temperature. Steam boilers still are necessary during cold months in the Midwest, but specifically during energy curtailment months and most other months throughout the year, hot water can be used to heat the majority of the med center’s buildings.

Using hot water instead of steam has many benefits. It is more energy efficient, safer and cheaper. Water can be controlled more easily than steam, since steam is a gas that has more particles, making it harder to balance and send in the right path, whereas water is easily directable. The water being used also doesn’t have to be heated to boiling temperatures, creating a much safer environment. Since less energy and water is needed, using hot water is the most cost-effective option.

The UNMC Center for Drug Discovery and Lozier Center for Pharmacy Sciences and Education had a 45% reduction in energy use by using hot water instead of steam, equaling a cost avoidance of $45,000 just from 2017 to 2020. Many other buildings on campus had similar energy reduction and cost avoidance data. The med center will continue saving in the future by switching to hot water, because steam costs have continued to rise.

Moving toward this newer heating technology helps the med center reach its 2030 sustainability goals. Using hot water to heat buildings reduces emissions and the amount of water needed. Reducing emissions and water use positively impacts the environment and population by not contributing as much to air and water pollution.