Ride Your Bike to Work? In January? 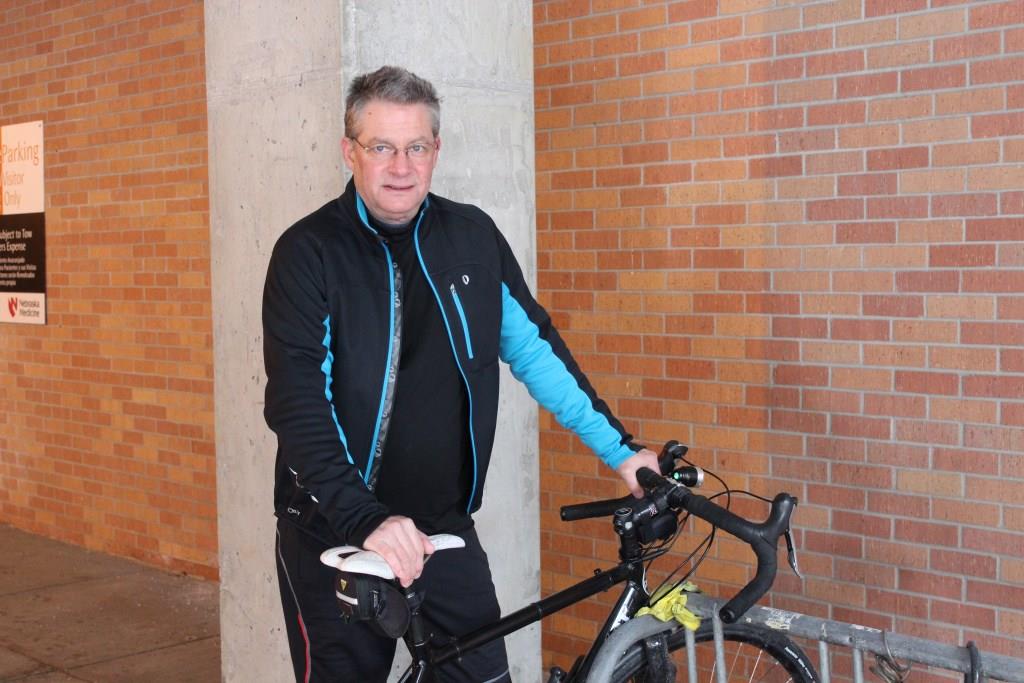 It’s January. You can safely assume it’s freezing outside. While that has many of us only going places where heat is provided, that’s not the case for one of our colleagues. Dave Sweeney, lead chaplain, Spiritual Care, rides his bike to work year round, undeterred by rain, sleet or a little snow!

“Last winter, I only drove once,” he says. That was due to a heavy snowfall.

Why does he do it?

But that’s not the only reason. Sweeney, who is a big supporter of Nebraska Medicine and UNMC’s TravelSmart program, says riding his bike is healthier and more economical than driving his Suburban. If he ever needs need to drive to work, Sweeney says purchasing a single-day $3 parking pass is much cheaper than a monthly parking permit.

Sweeney says his 3-mile bike ride to work is mostly downhill, which helps. He packs his work clothes in his messenger bag. He parks on a bike rack near the Radiation Oncology entrance at the Nebraska Medical Center and showers in the Wellness Center.

The trip takes him about 20 minutes and (knock on wood) he says he’s never had a mishap with a vehicle.

“I never assume they see me,” he says.

While Sweeney knows riding a bike to work isn’t for the majority of folks, he hopes colleagues at least consider alternative transportation.

“I really enjoy it. I think the hospital is making it easier than ever with TravelSmart.”

Category: Actions You Can Take, On Campus, Transportation