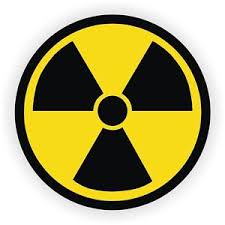 Radon is a naturally occurring radioactive (?!?) gas released in soil, rock and water as an indirect decay product of uranium or thorium.  As radon itself decays, it produces solids that stick to surfaces, such as dust particles in the air.  If the contaminated dust is inhaled, these particles can stick to the airways of the lungs and increase the risk of developing lung cancer.  Radon is tasteless and odorless, and there are no early-warning physical symptoms to tell you you’re getting too much exposure.

The average outdoor level of radon is insignificant.  However, radon can build up to dangerous levels inside our homes, particularly in crawl spaces and basements.  It can be spread throughout the house by the heating and cooling system.  Because radon is heavier than air, opening the windows or living in a drafty house doesn’t decrease the level of exposure.

One out of every two radon tests conducted in Nebraska shows elevated levels.  Eastern Nebraska and Western Iowa are in a “Zone 1”designation from the EPA, indicating some of the highest levels of measured radon.

So what can you do to protect yourself?  The U.S. Surgeon General and Environmental Protection Agency (EPA) recommend that all homes be tested for radon and installing radon abatement in homes with radon levels at or above 4pCi/L.  The World Health Organization sets the threshold for remediation at 3.0 pCi/L.  The EPA also recommends that people in homes with levels between 2 pCi/L and 4 pCi/L consider fixing their homes.

Testing and fixing your home is relatively easy.  Test kits are available at local hardware stores and home centers, as well as by mail, and you can conduct the test yourself.  The Nebraska Department of Health & Human Services has directions for testing and for installing a radon abatement system, as well as helpful information if you want to have a professional do these tasks for you.  Homes should be tested every couple of years, even if a radon abatement system is in place.