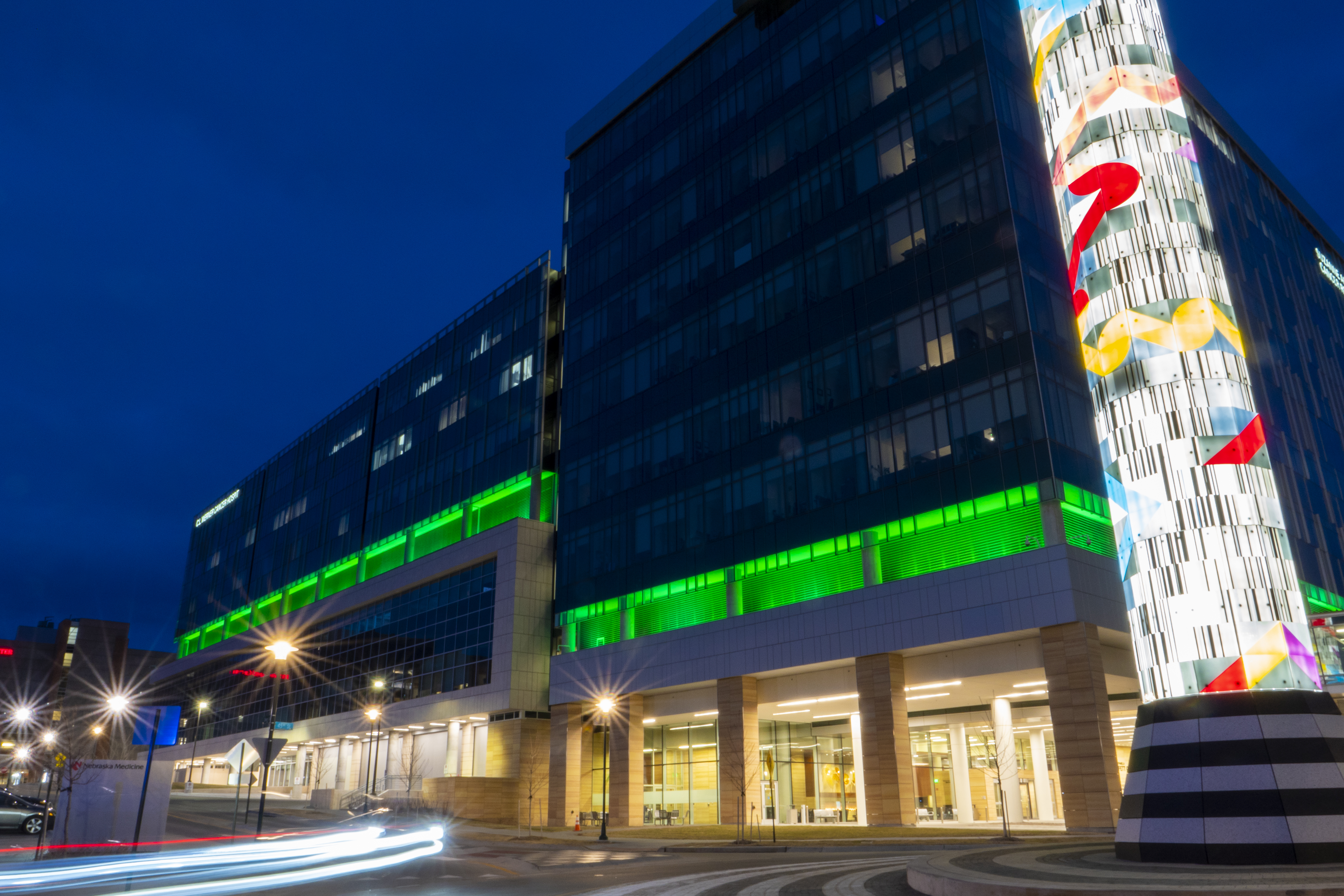 This past weekend the exterior lights on the Fred & Pamela Buffett Cancer Center turned green for Earth Day.

Why does a Center focused cancer care about the environment?

You may be surprised to know that the quality of the environment we live in can be directly correlated to our risk and incidence of cancer.

We’ve talked about the connection between sustainability and healthcare before; and that is why the Med Center works to be more sustainable.  While it’s easy to understand that polluted air can increase asthma attacks, or worsen bronchitis, did you know that it also increases your chances for lung cancer? 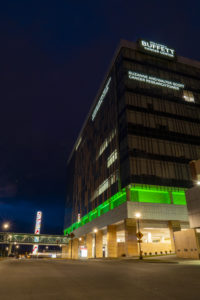 caused by particulate matter, small pollutants you breath in, resulting from burning coal and wood, vehicle exhaust, industrial exhaust, and even wildfires.  The data is specific enough that they could track trends based on where you lived. e.g. areas with more pollution had a higher incidence of cancer.  Last year a study published in the medical journal Cancer found that risk was specific to the county you live in; with counties ranking the worst on pollution having 9% (!) more people being diagnosed with cancer.

Additionally, the International Agency for Research on Cancer (IARC) studied deaths from 2010 and found that 223,000 lung cancer deaths were caused by pollution.  Not smoking or second-hand smoke, just pollution.  They also found that it increases the risk of bladder cancer.  While the IARC had classified components of pollution as cancer-causing, this data was so compelling they classified outdoor air pollution carcinogenic.

Unfortunately, it doesn’t stop there.  Another study published last year in the journal Environmental Research found that chemical exposure early in life increased risk for breast cancer diagnosis later in life.  Identified chemicals include air pollution, specifically from burning wood and coal, as well as solvents used in products we purchase, gasoline, and DDT.

The journal Cell found that aldehydes, chemicals found in glue, building materials, cosmetics, vehicle exhaust, and cigarettes, among others, may destabilize the BRCA2 gene or trigger a mutation thereby increasing the risk of cancer.

So “go green” for cancer prevention!  Reduce your exposure to chemicals, be a mindful consumer, reduce pollution (don’t forget to TravelSmart!), and eat your greens too!

Category: Actions You Can Take, At Home, Earth Week, Education, On Campus