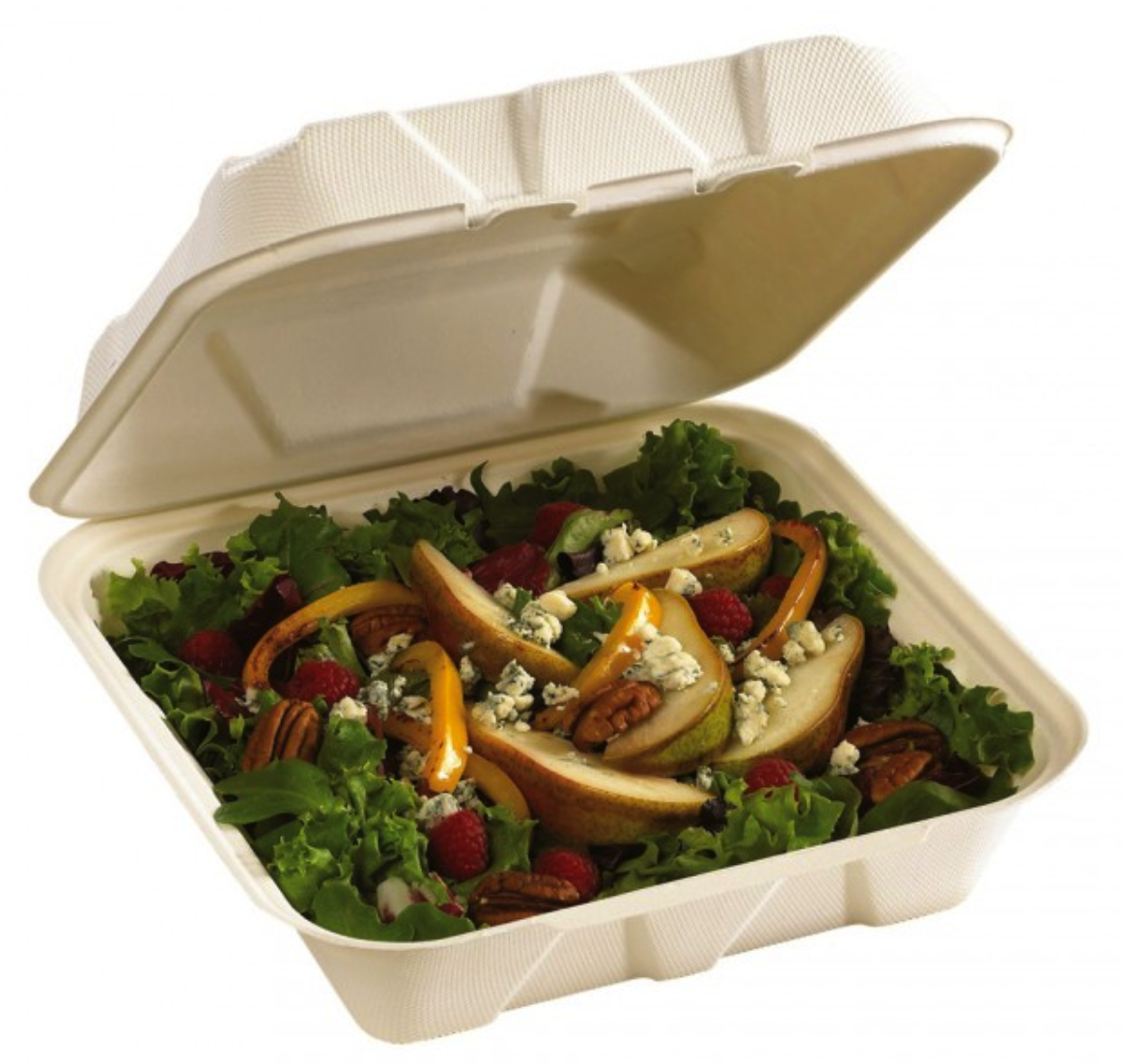 In 2016, the Student Senate from all four University of Nebraska campuses passed a Styrofoam Free resolution, representing student concerns about the use of Styrofoam on campus. The proposal was echoed by the many staff concerns about Styrofoam, especially in the dining areas.

Sodexo is officially replacing the Styrofoam to-go containers in the Nebraska, Clarkson, Fred and Pamela Buffett Cancer Center, and Bellevue Cafés with a compostable container.

While polystyrene (or Styrofoam) containers are financially inexpensive, their health and environmental costs far outweigh that of their paper or bio-based counterparts. Polystyrene is made from petroleum and contains chemicals that are known carcinogens. At the end of their one-time use, these containers go to the landfills, where they will take hundreds, if not thousands, of years to decompose. Historically, over 400,000 Styrofoam to-go containers have gone to the landfill every year from the Medical Center.

A month ago, a new, compostable, to-go container was piloted in both the Nebraska and Clarkson Cafés and feedback was collected via online and in-person survey. The feedback showed an overwhelmingly positive response, with the large majority of respondents satisfied or very satisfied with the new container. Due to the positive feedback, the pilot container was selected.

While the overwhelming majority of responses were positive, Sodexo recognizes that this is a change in the dining experience and will continue to be open to feedback on the new containers.

You will still see Styrofoam containers in the short term as purchased stock is used up.  The vendors within the Cafés (Mein Bowl, Oh Oh Burrito, etc.) are also currently reviewing options to make the switch

Many have been asking about Styrofoam-free floor stock options, specifically cups for patient/visitors.  This is currently being reviewed, as it impacts budgets that have already been set, and we will provide information as soon as it’s available.

The Medical Center will review options for reusable plates and silverware in early 2018.