A watt of little changes adds up to big savings 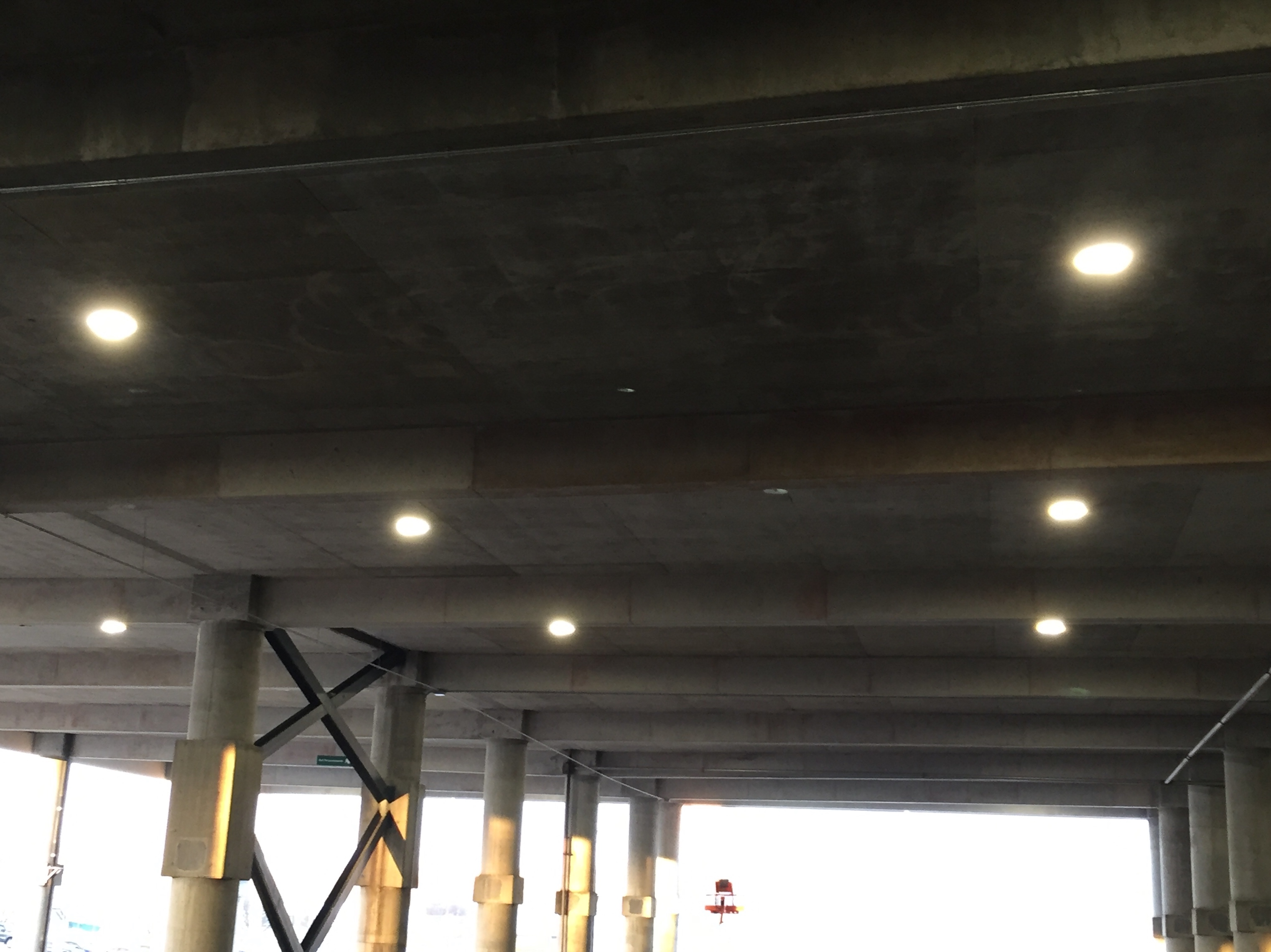 Have you seen any of the new LED lights on campus?  They are replacing the old fluorescent and metal halide fixtures, with dramatic results.

You have likely heard that LED bulbs save energy, and may have already converted bulbs in your house, but the same is true at the Med Center.  So how much are we really saving?

First, terminology.  Lightbulbs are often sold by wattage, and we’ve learned to associate that with light.  e.g. 40W bulb for a lamp, 75W in the kitchen.  It’s true, but it’s actually a measurement of the amount of energy you are using.  A 75W bulb uses 75 watts of electricity, but puts off about 1,100 lumens of light.  {Lumen, from the Latin “lūmen” meaning light/window.  “Lumos” from Harry Potter makes a lot of sense now, right??}

Back to the savings.  Lot 50, the parking garage south of the DOC, recently had all 498 fixtures converted to LEDs.  The size of that garage added to the fact that it is used 24/7 meant that those lights were 8,760 hours a year.

Switching to LEDs results in an annual energy reduction of 750,601kwh.  That’s enough energy to power 70 average U.S. homes!  It will also save the Med Center ~$48,000 per year in electricity while reducing pollution created by burning coal…and that’s just one parking garage!

The Med Center is taking advantage of an OPPD rebate program and using the realized energy savings to purchase more LED fixtures to continue the savings.

LED project manager Brian Dykstra noted, “While those savings are impressive, it doesn’t stop there.  In addition to heat-load savings, LEDs can last up to 25 times longer, we save on the maintenance costs of replacing lightbulbs.  While that may sound trivial, it really add up on a campus this size.”

This is especially true when bulbs are in a vaulted ceiling like an auditorium, or always-busy spaces like the O.R. or a patient room.  Greater control of the system also allows daylight harvesting and motion-sensing so lights are only on when they need to be.

LEDs will continue to be installed, based on total building use and install schedules, but you’ll be happy to know that all new buildings and remodeled spaces will have LEDs.